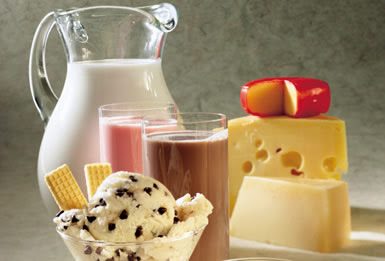 I've been thinking about running, weight lifting, milk, Christmas, moving, work, unpacking, gift wrapping, and holiday parties, but my thoughts keep returning to the topic of dairy. For quite some time I have had a nagging feeling about dairy consumption. What triggered these thoughts? Many things. I believe the first instance that I started to wonder about dairy was two-three years ago when my mother-in-law was taken "off" dairy. Her Dr. stated she had an allergy to it. I thought this was interesting to be diagnosed with this in your 50's. Then another friend found out they had a dairy allergy and another friend's parents and so on and so forth. As I would follow up with my mother-in-law about her removing most dairy from her diet she would report how "good" she felt. Intriguing... Since that time I have watched a few food documentaries that have opened my eyes to the big business of the Food and Drug Industry. Plus, Bekah, Fred, and I have had fascinating discussions about dairy and meat consumption. Collectively, it has sparked an interest in me to take the time to research dairy consumption more.

Therefore, four weeks ago I decided to cut dairy out of my diet as if I were a lab rat in a test market. I went three weeks completely without dairy. I didn't even have cream in my coffee.  Although I did not feel much different I still felt good. On day 23 without dairy I decided to join in on family pizza night. I had two pieces of cheese pizza that night and what happened to my body was terrible. My stomach went into instant cramping and knots. I actually felt like I might throw up. Coincidence, I think not. I felt horrible.

Ever since then I have felt the urge to research dairy recommendations and alternative calcium sources even further. Last week I 'googled' the topic "Are we really supposed to drink the milk of other animals?" The information I found was astounding, but there was one article that stood out and spoke to me. I have pasted it below.

Will I swear to never have a piece of cheese or bowl of ice cream again in my life? No, and this is simply for the same reason I can't say I will never have a Diet Pepsi again even though I willfully know that aspartame is a silent killer. I just plain enjoy the taste of them. I can't imagine not popping a cheese cube in my mouth at a summer cookout and not chasing it down with a soda. It's American! lol! However, these items will not be on my weekly grocery list for myself and our kids. These items will be the exception instead of the rule. Honestly, because after what I have read I can't feed my children this in good conscious. Have I removed milk out of our household already and replaced it with Almond Milk? Yes. Do my kids like the Almond Milk? Yes, they think it is a special treat which cracks me up. Will my husband be partaking in this journey? I doubt it. My husband has a philosophy in life that quite frankly I can't argue with: "I enjoy these items so much that I would rather die 10 years younger than stop consuming them." After all, it is his life and I am a firm believer in not pushing your view point or judging others. :)

Always learning each day and now learning with less dairy...


"Are we really supposed to drink the milk of other animals?"

What do you think about this article?
Agree? Disagree?
I love hearing all view points!
Leave a comment below!


Posted by runningallfifty at 8:05 AM