My Top 10 Mommy Moments That Could Have Been Better 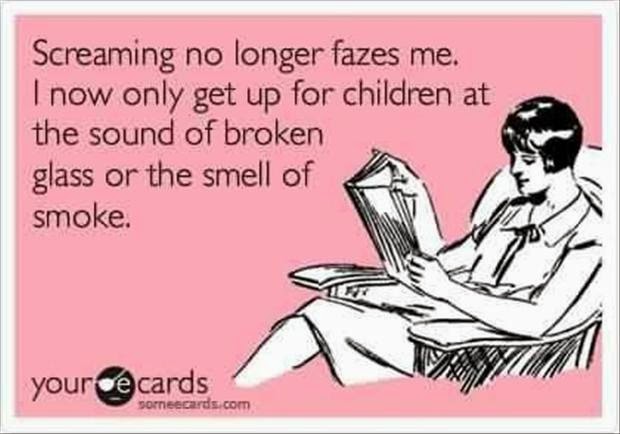 As parents we all have moments that we aren't proud of. I've had my fair share of 'mommy guilt.' I wish I could say that I've always made the right decision or had the best answer for every situation but that's just not so. I have however learned to accept that I'm doing my best and my heart is always in the right place when it comes to my kiddos. I've also learned to laugh at some of the not so great moments and make peace with the others. So here they are, so that hopefully you too will get a laugh at some and maybe relate to others.


1. When my oldest daughter was about 4 months old I accidentally locked her and my keys in the car in the dead of winter. I called the police, in tears and frantic. Thankfully they were able to get her out within minutes. She was snug and warm in her carseat but I was a wreck.

2. Same daughter, two years later I accidentally locked her in the car again while pumping gas. Luckily, she was able to climb out of her carseat and unlock the door. She remembers this and often makes sure that I do too.

3. Same daughter... I know, poor kid. She missed the school bus one morning so I drove her to school and dropped her off. Watched until she was inside to make sure she got in okay. Got home in time to hear a message being left on my answering machine asking me to come pick up my daughter because it was 'teacher's institute' and there was no school. Apparently she didn't actually miss the bus. Yeah, that was AWESOME. 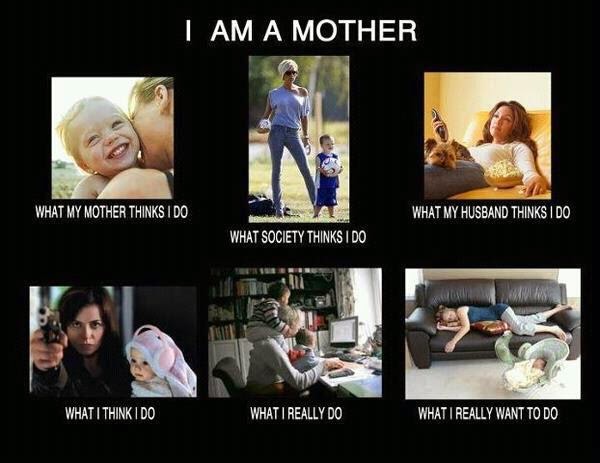 4. My other daughter, K, was in pre-school and I somehow missed the memo that there was a class musical performance. It took place during school and I found out when I picked her up. I felt so horrible. I made sure I never missed another one. They ended up having several that year.

5. K again, had 'Wacky Wednesday' at pre-school and I completely forgot to dress her in wacky attire. She still talks about it.

6. One of my worst moments... I was having coffee with a friend. I was watching the clock so that I would be on time to pick K up from preschool. More time had passed than I realized though and I wasn't looking at the hour hand, just the minute hand. I thought I needed to leave in 20 minutes but I was actually a half hour late picking her up. Total fail. Fast forward to earlier this year. I was at her school for something and had to go into the office. There was a dad in there picking up his pre-schooler. I heard him say how sorry he was for losing track of time and being so late. After he left, the secretary said, "Oh, that happens a couple times a year." This made me feel a little better to know that I'm not the only parent to ever forget to pick up their child. But for 3 years I thought for sure I was the only one.
7. My son is full blown BOY. He is curious, energetic, fearless, and stealthy. Not the best combination when going through toddler-hood. It seems like everywhere I went the phrase, "Where's D?" came out of my mouth at some point. The kid needed a bell attached to him at all times. Wish I would have thought of that before now... He was 1 1/2 when we were having a playdate in a friend's FENCED IN backyard. My daughter who was 3 at the time had to go potty so I took her in the house. My friends were still outside with all the kiddos so I thought it would be okay for a couple minutes. Wrong. I was not even gone 5 minutes and when I came out I just knew he was no longer in the yard. We all looked everywhere in the yard but he had managed to open the gate without anyone seeing him and then upon leaving, he shut the gate behind him. See, stealthy. We found him a couple houses down in a neighbor's yard. Thankfully, the neighbor was outside and was keeping him occupied so he wouldn't wonder anywhere else. This was possibly the scariest moment of my life. My friends all apologized and felt terrible that none of them saw him sneak off. Danyelle later pulled me aside and said, "I get it now. I know what you've told me about him but now I totally get it." Until that day, Fred and I were really the only people who understood why we had to be 'helicopter' parents with our son. I was not like that with my girls because I didn't need to be but my son came along and I basically had to go into parenting survival mode.

8. My son peed down the laundry chute. You can read the full story here if you need a good laugh.

9. My daughter, K, dropped her drawers and peed in our friend's backyard during a cookout. In front of EVERYONE. In her defense, she was 3 and we live in the country so when the kids were swimming, I would let them pee in the yard instead of having to go in the house while dripping wet.

10. A few weeks ago I promised K that I would take her a special lunch to school. I do this on occasion as a treat ... and usually because I haven't been to the store and we're out of stuff for her lunch. Well, I was out running errands all morning and all of the sudden my cell phone rings. It was the school secretary asking if I was bringing lunch for K. It's now 20 minutes into lunchtime. I had completely forgotten. I ran to Subway and grabbed her a veggie sub and then drove to her school with little regard for speed limits. She was sitting by herself at a table outside during recess, waiting for me to show up with her lunch. Epic Fail. I felt so so so bad. I apologized to her repeatedly and she told me that she forgave me. However, I told her I was taking her lunch to her one day last week and she said, "Okay, but please don't forget." UGH. Something that had once brought a joyous smile to her face now filled her with trepidation. When I got to her school with her lunch, she was in the hallway getting something from her book bag. She saw me there and immediately wrapped her arms around my waist.

Failure. This word used to swim around in my head a lot. From the littlest thing to the biggest I would completely beat myself up. I would look at my friends and wish I could be the kind of moms they were. That I could just get it together. Instead, I always felt overwhelmed and not good enough.

Running helped change this for me. Taking time for myself has made me a better mom. I'm not perfect, don't misunderstand. I just don't beat myself up anymore. Running makes me a happier person. Being happy makes it easier to handle the 'not so great' moments of parenthood. How can we as parents expect to take care of anyone else if we aren't taking care of ourselves?

“Mothers and their children are in a category all their own. There’s no bond so strong in the entire world. No love so instantaneous and forgiving.”
—Gail Tsukiyama

Today is Mother's Day. I truly hope that all of the moms reading this are taking care of themselves today. If you are not, you need to start.


If you have a 'Mommy Moment' you would like to share, please feel free to do so in the comments!
Happy Mother's Day!!!

Posted by SexyMotherRunner at 5:34 PM No comments:

And then the vultures ate us...

Remember last year when I almost died? No? Well, okay, I didn't almost die, I just felt like maybe Death himself was moving at a not so brisk pace behind me as I forced my body through the 9 levels of 25k hell. It wasn't my favorite race.

The Run River City Marathon (+ about 15 other events) is back! So of course I wanted to sign up. They decided to not do the 25k again this year (which is really proof as to how miserable it was) and instead have a half marathon event. I thought about doing the half but honestly, I'm still gun shy about my foot. I have been taking it easy on my runs and so far no sign of plantar fasciitis flaring up, but I have been afraid to push training for a Spring half. My goal is to run a Fall half though. So, anyway, I talked some friends, and Fred, into joining me for the marathon relay.

My pretty awesome friends, Renee and Pradeep agreed to join Fred and I. We are not out to win any awards so there is no pressure. Just a fun race with friends. My favorite kind.

We had to come up with a team name. Which, turns out, is harder than one would think. Because we all kind of joked about being slow we decided on 'Vulture Bait'. Honestly, that is exactly what I felt like when I ran the River City 25k last year. It was hot, the water stops suddenly became extinct around mile 'are you kidding me, that's all???' and it was hot.

This year though, I'm ready. Team 'Vulture Bait' is going to have a great run and a great time. This will be my first relay so I'm really excited. Plus, it's not a 25k!!! So, hopefully, the vultures won't actually get to eat us. 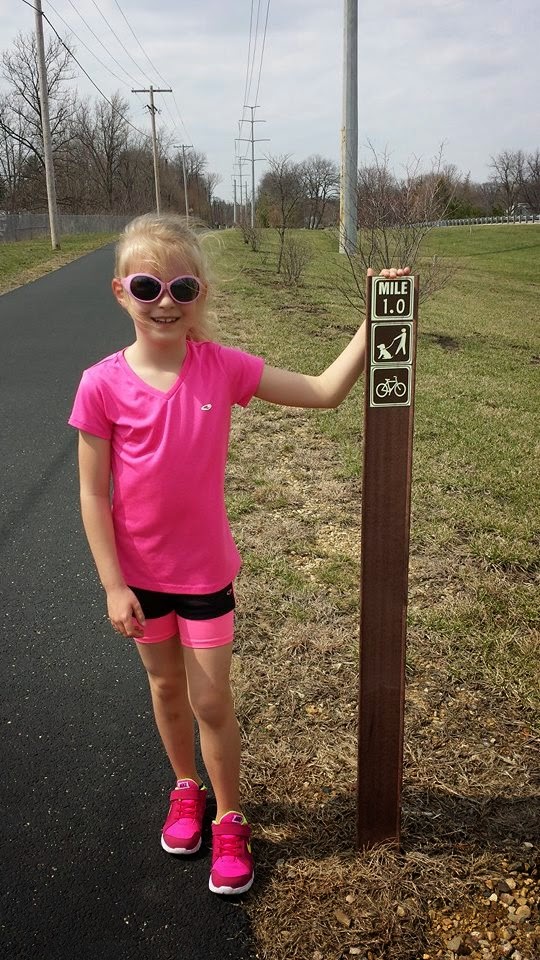 Maybe the very best part though... my 8 year old daughter is signed up to run the kids marathon. This is such a cool event. The kids who sign up for this have to run 25 miles prior to the day of the River City Marathon. Then on race day they get to run the final 1.2 miles and cross the finish line to receive their River City Marathon medal. Right now she is up to 17 miles. We will be getting in another 2 miles today. She is seriously LOVING this. I can't even tell you how proud and happy that makes me. It would be fine if she didn't like running, my oldest daughter doesn't, so I would get over it. However, I'm thrilled that K truly is enjoying it. So cool to be able to go on runs with her and see her excitement, watch her really focus on getting better.

If you are in the Central Illinois area or feel like a road trip you can check out the Run River City events here.

Also, if you haven't joined our Squat Challenge, it's not too late to jump in and get started! 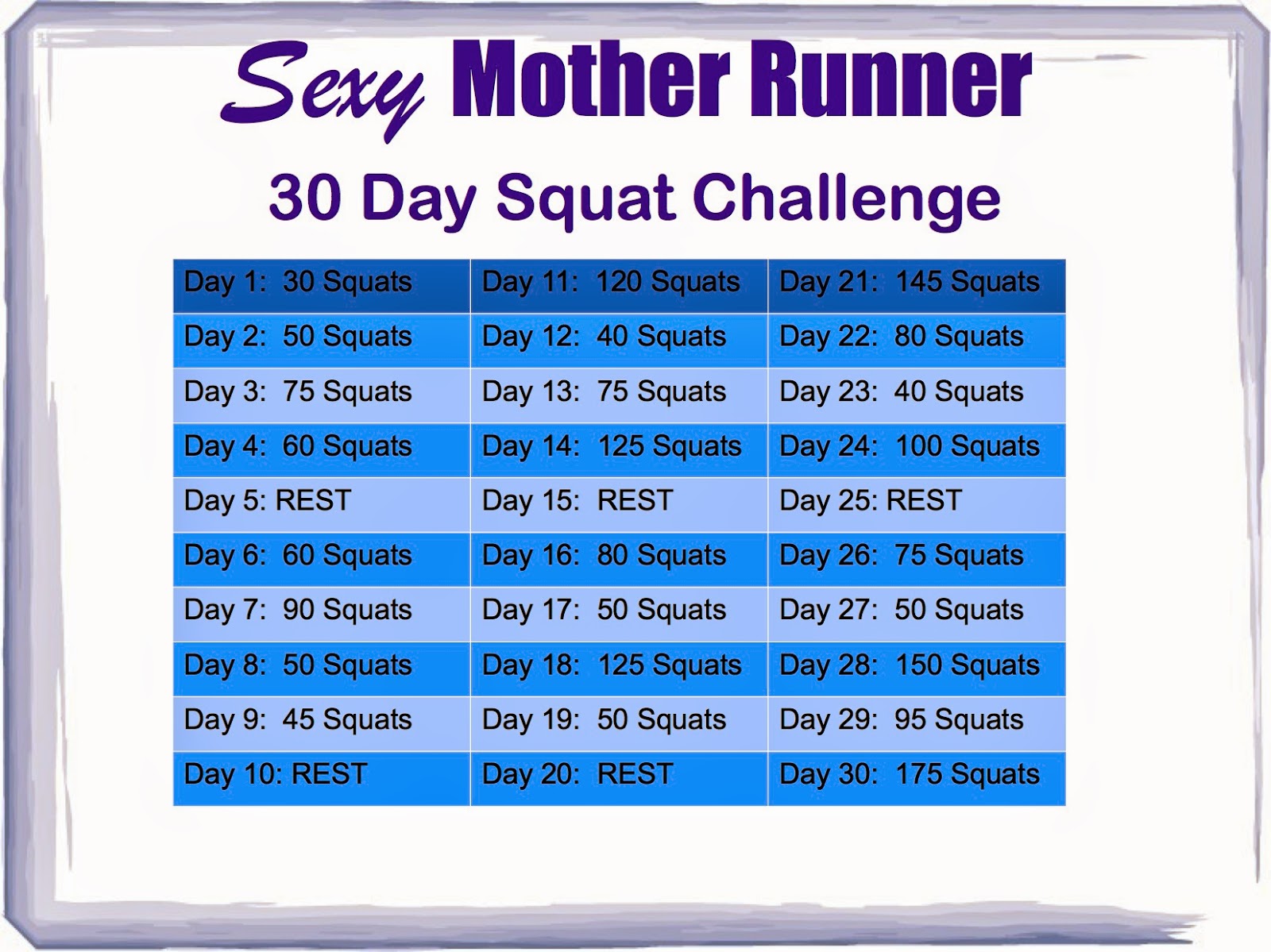 Posted by SexyMotherRunner at 8:03 AM No comments: