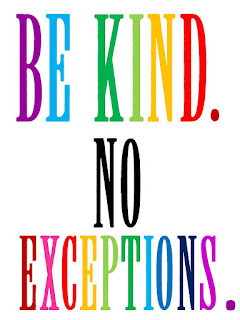 Twice in one day I have heard/read about women being mean to other women at the gym. My first thought, "Are you serious? Is this for real?" These aren't teenage girls or even young 20 somethings who are still growing and learning as individuals that being mean is just a sad way of dealing with one's own insecurities. Oh, no, these are grown ass women, some closer to 40 than 30. This of course begs the question, Whiskey Tango Foxtrot???

Some incidences involve name calling, some involve making fun of the less fit people working out, in some cases the women went out of their way to be mean going as far as making comments on Facebook while using a FAKE FACEBOOK ACCOUNT. (Who does this?!?!? Aren't they embarrassed???) One mention even involved a group of women wearing matching t-shirts with a less than nice phrase on them,  like some sort of 'gym gang'... how sad is that? It's really sad. Really... really... really sad. 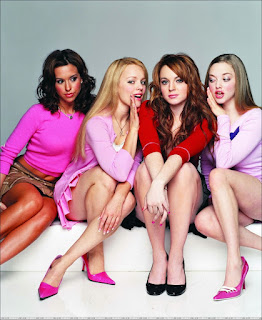 Being mean to others isn't cool, or funny, it's bullying. And at the very least, it should be reserved for people who are still in their teens and don't know better yet. You know, like in the movie Mean Girls... which took place in high school...

Some of these women are parents. What message are they sending to their children with this behavior? Bullying is okay if you're a grown up??? It's okay to pick on who you think are fat/ugly/poor/crippled people??? It's okay to be mean to her because she looks too pretty/fit/healthy/skinny/muscular??? Pick one.

The last time I personally dealt with this type of behavior was when my oldest daughter was in junior high and one girl turned a group of girls against her. Whispering, laughing, pointing, and just plain being mean. The 'ringleader' was acting out of jealousy and insecurity. Junior high is a tough age and her behavior was definitely a product of crazy puberty hormones and a lack of self esteem.

The other time I personally dealt with this type of behavior was when I myself was in junior high. I'm now appalled to admit that I was on both ends of this type of behavior at different times. I'm ashamed at some of the things that I said to/about other girls because of my own insecurities. I also remember the days that I came home from school crying because of the way I was treated by girls who just two weeks earlier were my friends. It sucked. I learned some valuable lessons about how to treat people though.

People who are mean to others are trying to compensate for something that is missing from their own life. This is their problem, not yours. You can't fix it for them. And although sometimes you can sit down and talk to them about it and work it out... sometimes, well, sometimes you just can't. Again, that is their issue, not yours.

These women need to figure out what their own problem is and deal with it... or not. That's up to them.  Hopefully in the meantime they will stop the bad behavior. I will guarantee you that the real problem here is not the person or people that they are being mean to.

With all of the anti-bullying campaigns going on I am still shocked that this is happening with adult women. I just can't quite get over it or wrap my head around it. How can we expect kids to stop bullying one another if this is how some adults are behaving. Really people? Really??? 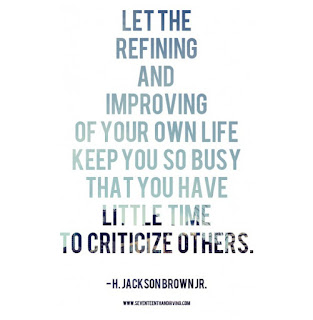 Life is not a competition to be won against other women in the gym or anywhere else for that matter. If you think it is then you've already lost.

Ladies, we should be holding one another up. We should be encouraging others in their fitness journey no matter if they are just starting out or at their goal. We should NOT belittle anyone for trying to better themselves or their health. If you are outgoing and comfortable doing so, then next time you are at the gym give some encouragement to a stranger. If you aren't that outgoing or don't feel comfortable saying anything then just smile at them. Just be kind. It might make someone's whole day... it might make your day.

Have you dealt with bullying from other adults at the gym?

Posted by SexyMotherRunner at 1:10 PM