Every runner has a story and we believe sharing those stories is a great way to share the gift of running while helping motivate others.

You don't want to miss reading Anna's story today! She has found so much more than running from a pair of running shoes. She has placed at many races and just made a new PR by finishing her Lincoln Presidential Half-Marathon last weekend in under 1:57! She inspires all of us to lace up! Plus, you can catch Anna teaching Body Combat or RPM at the Riverplex or listen to her on the radio @ 105.7
"The X Rocks". She is quite an amazing woman and
we are honored to share her story with you! 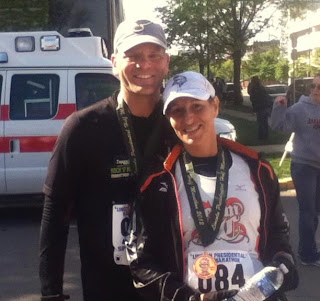 Through running I found my life, love and happiness, who knew all of that could come from lacing up a pair of shoes.

Years ago I tangoed with a boat propeller and lost, after countlessdoctor’s appointments I had surgery to repair a ligament in my ankle and that added another 10lbs on top of the 20 I already wanted to lose. Added a cheating boyfriend to the mix and I was slipping into depression. I made a change; joined Weight Watchers and got a Nike+. Something about that little shoe chip got me going, I remember my first mile like it was yesterday, it felt like death in 13 minutes.

After a few weeks of success I decided I needed a small goal, because that was my approach with weight watchers, make small goals then build upon them. My goal was the Race For The Cure! I followed the Nike Running 12 week training program and ran that race like it was nothing, lost more 15lbs and ditched the cheating boyfriendJ

During that summer a girl I had met through the Weight Watchers boards had asked me to run a half marathon with her in her hometown, Mankato, MN. I grew up in MN so she thought it would be cool for us to do that together, there was no debating I said “I’M IN”. By this time I had gained a ton of confidence, surpassed my weight loss goal and met my amazing boyfriend. For the first time in my life every aspect of it was perfect. I ran my first half marathon in just over 2 hours and I haven’t stopped running or growing. 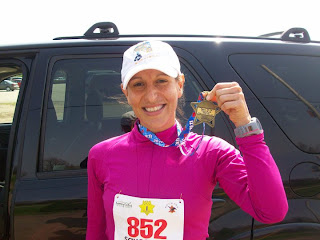 In 2011 while training for my second half I won my first age group medal at the RunTo Remember it was a 5k in 24:15. It’s funny with running, I can’t remember yesterday but I can remember my time for pretty much every single race. Last year I won 1st, 2nd and 3rd place medals and even a 9th place overall female (and that was with an injury). But the biggest highlight was the night before Steamboat when Adam White from Running Central had asked me to be a part of Team RC. He had said that I’ve drawn so much awareness with my blog (annaruns13.blogspot.com) and with my job that he thought I’d be a great part of the team and to spread the word of running more. 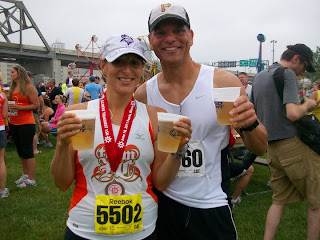 I ran 3 half marathons last year, two with an injury, which was kind of an obstacle but with running its not IF you have an injury its WHEN. And last summer I was simply doing way to much and not resting/recovering enough. Eventually I went into physical therapy, started resting and healing. By the end of December I was given the green light to run again and by that time I had my sights set on a new goal, the 26.2, The Illinois Marathon, and my Mr. wonderful is running it. I love being able to share this passion and high with him. This weekend we'll tackle our first race of the season and my 5th 1/2 marathon in Springfield with some fellow Sole Sisters. I'm looking forward to an amazing weekend and hopefully I can obtain a new PR on a difficult course. 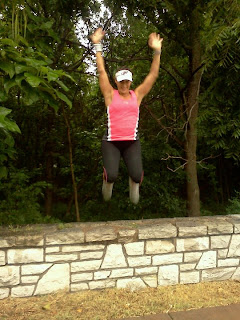 Last but not least this year I am honored to carry the name of a St. Jude runner, here’s a link to that story/donation page. I’ll be doing Chicago to Peoria and my goal is double the $1290 I am supposed to raise. This is by the far the run I am most excited for this year. I have idea what's in store with this run but I'm sure the rollercoster of emotions I'll go through will be the ride of my life and I simply cannot wait! http://1057thexrocks.com/anna-kinkade-joins-the-2012-st-jude-chicago-to-peoria-run/

Want to be a SMR Featured Friday Runner?
If so, email us at sexymotherrunner@yahoo.com.
We would love to hear from you!